Do you know, a card holder can challenge the transaction dispute, if decision is ruled in favor of Merchant 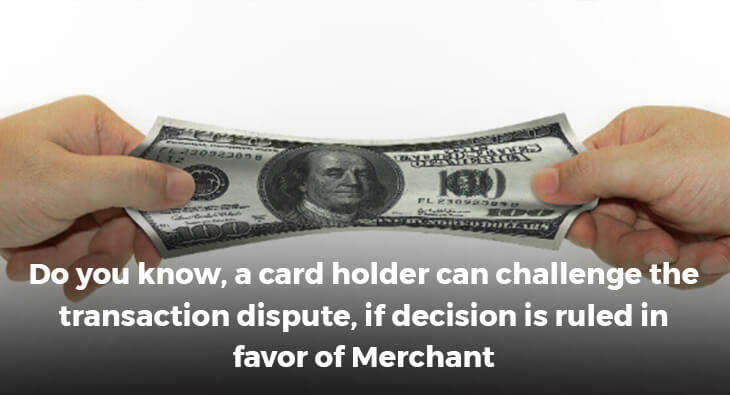 With the advent of technology, growing usage of e-commerce by merchants to sell goods on the global level. It is been observed that the people have started taking the privilege of paying through cards, as the service provided by the e-commerce websites. But, very few aspiring merchants know that a customer can ask for the refund within three months of the transaction for any reason like not recognizing the transaction, not satisfied with the product or service, merchandise not delivered or with the intention of frauds.

Merchant has limited time to respond to fight chargeback and to provide legally documented proofs to the cardholder’s bank. If the proofs are as valid documents, the credit amount to the customers is taken back again and is given to the merchant again. As the decision about chargeback is ruled in favor of merchant, the customer/cardholder has the right to file the second chargeback on the transaction; this is called the “Pre-Arbitration” in VISA’s chargeback process and “Second Chargeback” in MasterCard chargeback process. For this, the merchant has to repeat the same process for the fight again for the transaction to be proved as valid.

To fight chargeback, merchant’s need to be active for representing every time the bank issues the request for documents. Delay in representing many times results in loss of charges of the product from the merchant account. This option of repetitive filing of chargeback is the drawback of this internet transaction method. Many people try to take advantage of this clause of repetitive dispute of transaction. As fraudster develop new ways of cheating the merchant, and this repetition of filing chargeback is one of them.

Chargeback is one of the crucial things to deal with in the e-commerce business. As it is fact that the most of part of the profit is less if a merchant fails to fight chargeback with an effective resentment of the documents to prove the validity of the transaction. To fight the Chargeback, for documentation knowledge about the reason codes given by the card brand companies like VISA, MasterCard and other that helps to identify the reason behind the initiation of the transaction dispute.

According to these reason codes the merchant needs to collect the documents for proving the authenticity of the transaction. The merchants face the problem is having the well-knowledgeable staff that can handle the chargeback cases effectively. Here, the time and resource of the merchant are into use. The goal is to start another department for handling the chargeback. The issue of following up the cases for which the documents can deliver to the bank. And, sending back the documents to the bank of the 2nd chargeback on the transaction has come.

For this, the safest way is to hire a qualified company who specifically deals with the chargeback cases of the e-commerce business. These can be there as the chargeback experts who, when hired by the merchants handle the chargeback, by keeping the contact with the bank and asking them about the details of the merchant’s accounts. These companies also keep track of the result of the chargeback decision that’s verdicts. The verdicts that are in favor of merchant, save the transaction amount of the merchant.

While hiring a company to specifically handle the chargeback case. A merchant needs to give the equal importance to the 2nd chargeback condition. The fraudsters wait for this mistake when merchant thinks that the verdict is in their favor. They stop following up on that transaction. 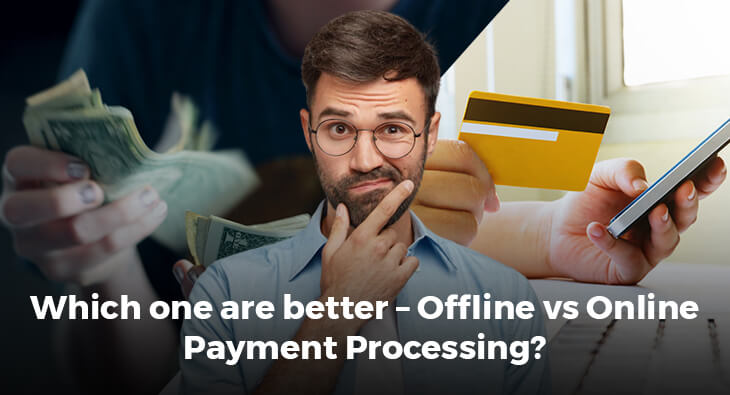 Which one are better – Offline vs Online Payment Processing?

Offline vs Online Payment Processing - Most of the money tra 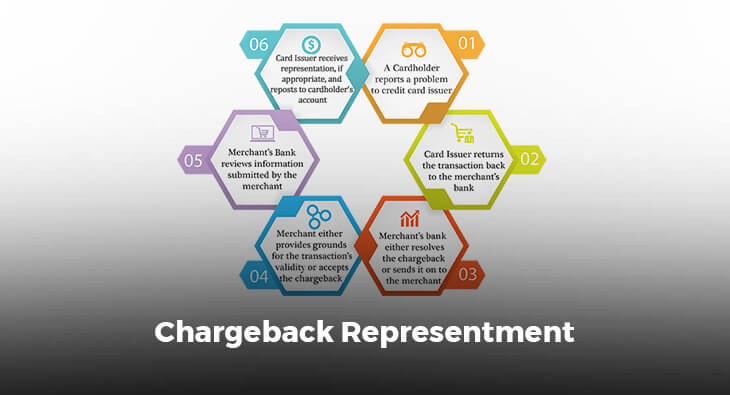 What is a Chargeback? Chargeback is a mechanism by which a